Mike McCracken began his career at Far West Recycling as a part-time warehouseman in the summer of 1989 to earn money for college. He was hired full-time in June of 1994 as a Broker Assistant. In 1997, he was promoted to Plant Manager at our Northeast plant. In 2005, Mike was promoted to CFO/Vice President. Beginning in 2021, Mike has taken on his new role as President and CEO.

As President, Mike provides leadership for the company by working with the board and other executives to establish short and long-term goals, plans and strategies. Mike presides over the entire workforce, manages budgets and makes sure resources are allocated properly. Mike ensures that departments meet their individual goals and are responsible for overall accountability to shareholders and the general public.

Stan “Rupe” Girard is the Chief Operating Officer for Far West Recycling. He moved to Oregon shortly after graduating from Vermillion High School in 1978. His employment with Far West Recycling began in 1981 as a warehouseman. He has been the General Manager for both our Hillsboro and NE Portland facilities. Stan has a degree in accounting. Since 1996, Stan has been committed to the success of the United Way of the Columbia-Willamette and their many community support agencies. He has co-directed the United Way Golf Tournament (with Keith Ristau) and was a Loaned Executive for United Way during their 1999 campaign. Stan currently resides in Saint Helens and is very active with the High School Booster Club; his hobbies included camping and crosswords. Stan has two wonderful children and is supported by his High School sweetheart (Nancy).

Vinod Singh started working at Far West Recycling in 1990 as a part-time warehouse employee while going to school.  Over the years, he has worked at and managed multiple Far West Recycling locations, learning company operations from the ground up; as well as observing the industry and company from various perspectives.  He has used that experience to take on his current role as Outreach Manager to help represent the company to external parties ranging from new recyclers to industry and government groups.  Vinod holds a Bachelor of Science in Business with a General Management Certificate; and is familiar with RIOS/R2 management practices.  He serves on the Association of Oregon Recyclers Board of Directors as the Markets Chair

As a supporter of the United Way and their dedication to the community, Vinod has helped coordinate company fundraising campaigns, is part of planning the annual Far West Recycling charity golf event, and served as a Loaned Executive helping the United Way to fundraise out in the community.  Vinod is a native Oregonian, whose first experiences with recycling and Far West Recycling was as a Boy Scout conducting newspaper drives; those experiences introduced and helped shape a career in the recycling industry.

Joe Brewer started his career at Far West Recycling in August of 2002, after being referred by a family member who works for a local refuge and recycling hauling company.  His first position, Day Shift Operator at the Hillsboro location.  He progressed from Operator to Shift Supervisor, then onto the first Operations Supervisor position within the company.  In January of 2011 Joe relocated to Beaverton as Operations Supervisor and furthered his training working closely with the COO, Stan Girard.  In April of 2011 Joe was promoted to Operations Manager at Beaverton and most recently returned to Hillsboro assuming the role of Operations Manager.

Joe was raised in Washington County and currently lives in the rural Forest Grove area with his wife Jennifer, and two young daughters.  They are active in school and community sports teams, hunting and off shore fishing.

Steven Peery is the Operations Manager of Far West Recycling’s NE Portland location. Steven started his career at Far West Recycling in 2009, prior to this assignment he was the Operations Supervisor of the NE Portland Plant. With over 20 years of supervisory experience in production and maintenance, Steve has trained in 5’s Lean Manufacturing Philosophies and Practice’s, Preventative Maintenance programs, Oregon/Federal OSHA safety codes and has been a member of safety committee’s for the last 15 years.

Jeff Steinfeld is our Director of Sales for all divisions.  Jeff has been with Far West Recycling for 20 years. 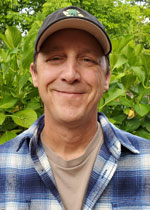 Troy began working at Far West Recycling in the fall of 1985 through a student work program at Beaverton High School. Since then he has worked many jobs at FWR from sorting materials to an equipment operator and supervising. While working as a supervisor his interest in Safety and Health continued to grow until 2001 when he became a full time Safety and Health Coordinator. His success as a Safety and Health Coordinator has lead him to take on other responsibilities as a representative for our R2/RIOS certifications, Stormwater Pollution Control Plans and Department of Transportation requirements.

Troy currently lives in Tigard with his wife Jenny where they have raised three children, daughters Joelle and Hannah, and son Nathan. His interests are music, sports and RV camping. 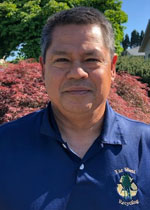 Jim Martin is based out of our NE Portland facility and handles metals and electronics procurement.  He has been with Far West Recycling since 2011.  He has 18 years of experience in the recycling industry with focus on ferrous And non-ferrous metals as well as electronics.  Prior to coming to Far West Recycling He held roles in account, sales and operations management.

Jim grew up in the NE Portland area and still currently lives there with his family.  He is an avid fisherman and outdoorsmen. 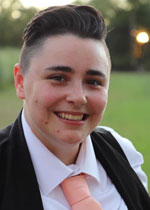 Brittany started at Far West in January of 2019 and handles the sales of our fibers and plastics for our Portland and Hillsboro facilities. She’s been in the recycling industry for six years and is excited to continue expanding her knowledge and expertise.

In her free time Brittany rescues and foster kittens and is the volunteer outreach coordinator at her local animal shelter.

Andrea was born and raised in Portland, Oregon, where she still resides with her husband.  She is a graduate of Lakeridge High School, Duke University, and Oregon Culinary Institute.  In her free time, Andrea enjoys being active and competitive.  Her favorite pastimes include skiing, cooking, and karaoke. 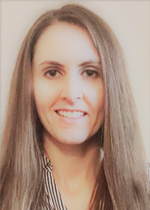 Marissa Katz joined Far West Recycling on June 1, 2021 as a Controller. In this position Marissa is responsible for technological innovation, managing finances, and overseeing the accounting department. With many years in the manufacturing industry and in property management as a Jill of many trades, Marissa is able to bring experience and ability to create efficiencies.

Born and raised in Oregon, Marissa went to Lakeridge High School and graduated from Oregon State University with a Bachelor of Science in Chemistry with a minor in Business Administration. Interests outside of work include hiking, biking, baking, animals, plants, and trees.

Operate the company in a way that actively recognizes the central role that business plays in the structure of society by working to improve the quality of life for our employees and their families and by supporting the communities in which we live.

We want to hear from you! Leave us a message below.